Beautiful, rich, selfish Beth Atkinson is the undisputed queen of her new school and she won’t give that up just to be someone’s girlfriend.

Her loyal friend Milo and the intense head boy Edward both try to change her mind, but it’s only when she meets gorgeous, charming Zack that she finally twigs what all the fuss is about.
​
She’s in so deep with Zack, she can’t see until it’s too late that her careless choices affect everyone around her, wrecking the lives of her friends and propelling them all towards tragedy.

"It has the potential to be a classic."
​- Matt Rudd, journalist and author
"The Islanders is a fantastic read ​- a sexy, intelligent, romantic story about the lives and loves of a group of teenagers at a boarding school. It is sure to appeal to fans of E Lockhart."
​- Sam Mills, author
"Far from the Madding Crowd meets an '80s teen movie in a British boarding school. A classic story retold with heart and humour."
​- Faye Booth, author
The Islanders is a young adult novel inspired by Thomas Hardy's Far from the Madding Crowd.

Transported from 19th century Wessex to an isolated boarding school in Dorset in the 1980s and 90s, all of Hardy's characters have been reimagined by FJ Campbell as teenagers who fall in and out of love, keep secrets from one another and grow up fast.

​Even if you know what happened to Bathsheba Everdene and her three suitors, you'll adore this new version of a classic coming-of-age story.

Reviews of The Islanders 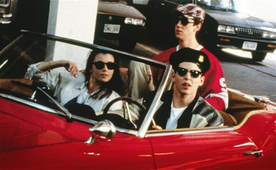 Walkmans, Our Price and Ford Cortinas - ??

The Islanders starts in 1988 and ends in 1990. Those of us who were alive then will remember it well. The rest of you might find it fun to have a little context.


​Films -
Ferris Bueller's Day Off - (1986) starring Matthew Broderick; three teenagers skive off school one day.
Dead Poet's Society - (1989) starring Robin Williams; made 'carpe diem', 'oh captain my captain' and 'suck the marrow out of life' into everyday phrases.
The Blues Brothers - OK, so this was a film from 1980 starring Dan Ackroyd and John Belushi. The soundtrack was awesome - R&B including Aretha Franklin singing 'Think'. Years later, I had a driving instructor who was mad about the Blues Brothers and every time I was ready to start the ignition, he'd say, "We've got a full tank of gas, it's dark out and we're wearing sunglasses, hit it." Got a bit annoying after a while.
​Rain Man - (1988) 4 x Oscar-winning film starring Dustin Hoffman and Tom Cruise (I know!). Also had a great soundtrack.

Music -
Our Price was a chain of music shops, selling tapes and the new CDs, plus loads of other stuff probably. I think it's gone bust now.
Ghetto blasters - yep, we all had a sound machine bigger than a suitcase, with a double tape deck (for recording mix tapes) and a CD player if it was a new model. 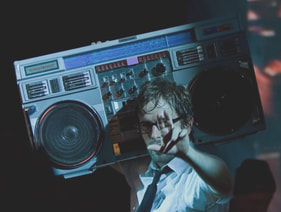 If not carrying around something that would give a generation lasting back problems, the thing to have was a Walkman, preferably Sony. And you had to make mix tapes (or have them made for you by a friend). It's like a Spotify playlist, but much better.

Songs featured in The Islanders:
Last Christmas by Wham!
With or Without You by U2
Soul II Soul
Come on Eileen by Dexy's Midnight Runners
​Lenny Kravitz
Wish You Were Here by Pink Floyd
Here, There and Everywhere by The Beatles - it seems incredible now, but young people in the 1980s and 1990s really did listen to music from two decades before. Do they still? Dunno. In The Islanders, Livvy has a poster of John Lennon & Yoko Ono in bed, protesting against the Vietnam War (which ended in 1975) on her bedroom wall. And Milo (who admits he isn't very cool) still listens to his mum and dad's music: Bob Dylan, Cat Stevens, Nina Simone, Frank Sinatra and Otis Redding. 'Sitting on the Dock of the Bay' from 1967 was and still is one of my favourite songs ever.

I've started a Spotify playlist with these songs and others from/before the '80s.

​Technology
People were just starting to have mobile phones, but mostly City workers and drug dealers (and people who organised raves). They were huge - the size of a brick - and you could only call on them - no camera, no internet, not even texting. They were pretty shite.
Also, everyone tutted loudly when they saw someone talking into them. Sometimes the tuts were louder than the talking. Apart from that, we used phone boxes with either coins or phone cards.

There was no such thing as satellite navigation, so we all read maps. Don't let anyone tell you that we did it well - we never did, we always got lost, it was part of the fun (not).

We had no Internet then, although apparently it was invented in 1989. I don't remember seeing it until the late '90s, but this might have been because I'm a bit slow. We did of course have Ceefax - this was an information service on the TV. It had weather, news and sport and, although it was all we had, it was also shite. I've just checked on Wikipedia and am stunned to see that it continued to exist until 2012. Can this be true? Surely the Internet never lies. Certainly Ceefax never did... 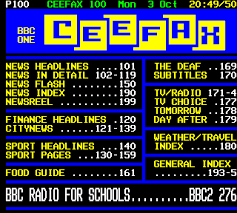 ​Getting about
Insert joke here about whether we had cars in those days (ha ha) but below you'll see a picture of a Ford Cortina, one of the most popular cars of the '80s, and wonder if horses and carts wouldn't have been a better bet. Or maybe this car is so uncool it's cool. (No? OK, I'll take your word for it). 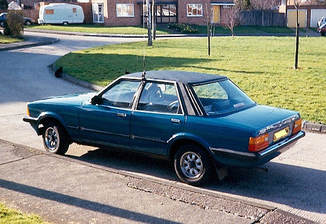 It seems crazy now, but people really did hitch-hike back then. It probably wasn't safe, but everyone did it anyway.
Other stuff we didn't have:

Reality TV
'Big Brother' was first televised in the UK in 2000. Before that, there was a programme called ‘The Living Soap’ which filmed students 24/7 in a house in Manchester in 1993. But there were no Jungles, no Islands, no Baking, no Dancing and no Kardashi-whatyourfaces.

Small hair
We had big hair then. The less said about this the better.

Digital cameras
We had cameras with films in them and you had to remember to put the films in, otherwise you’d be clicking away all day, feeling awesome, and realize later that evening that you had nothing to show for it. We took photos, 24 (or 36) of them. We handed the film in to Boots and waited for two weeks while they developed it. Then we picked up the photos and 23 (or 35) of them were rubbish.

Harry Potter
'Harry Potter and the Philosopher’s Stone' was first published in 1997. We did have 'Grange Hill', though, and 'Worzel Gummidge'. Which is sort of the same.

Feminism
​OK, so it's not quite right to say we didn't have feminism - it was always there, but not like it was in the '60s & '70s, and not like it is now. We tried some different things - we tried being Ladettes, which was basically drinking as much as the men, with predictable results; and we had Maggie Thatcher, which was confusing because she seemed to hate women more than the men did. Not feminism's finest hour.
​
(Any inaccuracies here are due to the fact that it was a long, long time ago and my memory's not what it was. The '90s took their toll on me...)
Thomas Hardy's Wessex: the dream country

Thomas Hardy wrote his novels set in a fictional county called Wessex, which is roughly speaking Dorset, Hampshire, Wiltshire, Somerset, Devon and parts of Berkshire and Oxfordshire. He replaced the names of real towns with his own (e.g. Weymouth became Budmouth). I used the same names that Hardy gave these places because I loved the freedom it gave me to make up the story in what he referred to in his preface to Far from the Madding Crowd as a "merely realistic dream country".

Here's a guide to the places in The Islanders - some are real, some Hardy's and some I just made up all by myself:

Casterbridge: Dorchester (one of the boarding houses at the Island is called Casterbridge House).

Lulwind: Lulworth Cove, where Troy (in FftMC) and Zack (in The Islanders) nearly drown.

Melchester: Salisbury - where Beth grew up, living with her aunt.

Norcombe: Toller Down, where Gabriel first proposed to Bathsheba (also one of the boarding houses at the Island).

October Hill: I made up October Hill and named it after a Frank Sinatra song I really like. It's where Milo and his family used to go for walks and picnics when his mum was still alive. It's where he takes Beth on New Year's Day and where she runs to, to be alone.

Shottsford: Blandford (another boarding house at the Island).

St Emit: this is a coastal village in Cornwall which I completely made up. "Emit" means "ant" and it's what the locals call tourists in Cornwall, apparently.

Weatherbury: Puddletown (the real name is better than the made-up one!). This is where Bathsheba and Boldwood have their farms side-by-side; and where Milo grew up and the site of the school, Weatherbury Hall - AKA The Island.

Bodmin Moor, where the Markhams live and where Beth visits twice: once with Edward for a weekend and once for his 18th birthday party, which ends in tragedy.
​
Clapham, Holland Park, Notting Hill - real places in London where Beth and Zack spent half-term.
Truro, where Milo went for his rugby camp (at Truro College, which is a real school).

If you want to find out more about Wessex, the Thomas Hardy Society is a great place to start.

Its aim is to promote the British novelist and poet’s works for both education and enjoyment.
​It is for scholars, students, readers, enthusiasts and anyone with an interest in Thomas Hardy. 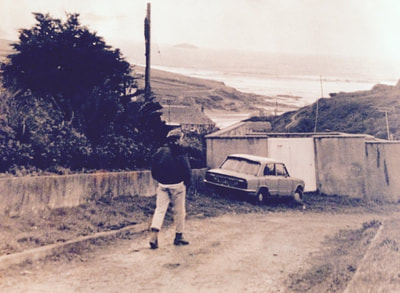